Last winter was spent chasing the world cup in Europe and racing some amazing classics.  This winter I did a few of the bigger races in North America (race info @ skintrack) but most of the time was spent living at home in Valemount enjoying the beautiful quiet Canadian wilderness.  Over the last five days I felt very privileged to be able to explore a new route with Dana Ruddy and Sean Elliott.  We started from Mt. Yellowhead right off the highway and headed north along the great divide to Mt. Robson.  Its truly an epitome of how vast our wilderness is when gems like this are waiting to be linked up on skis. 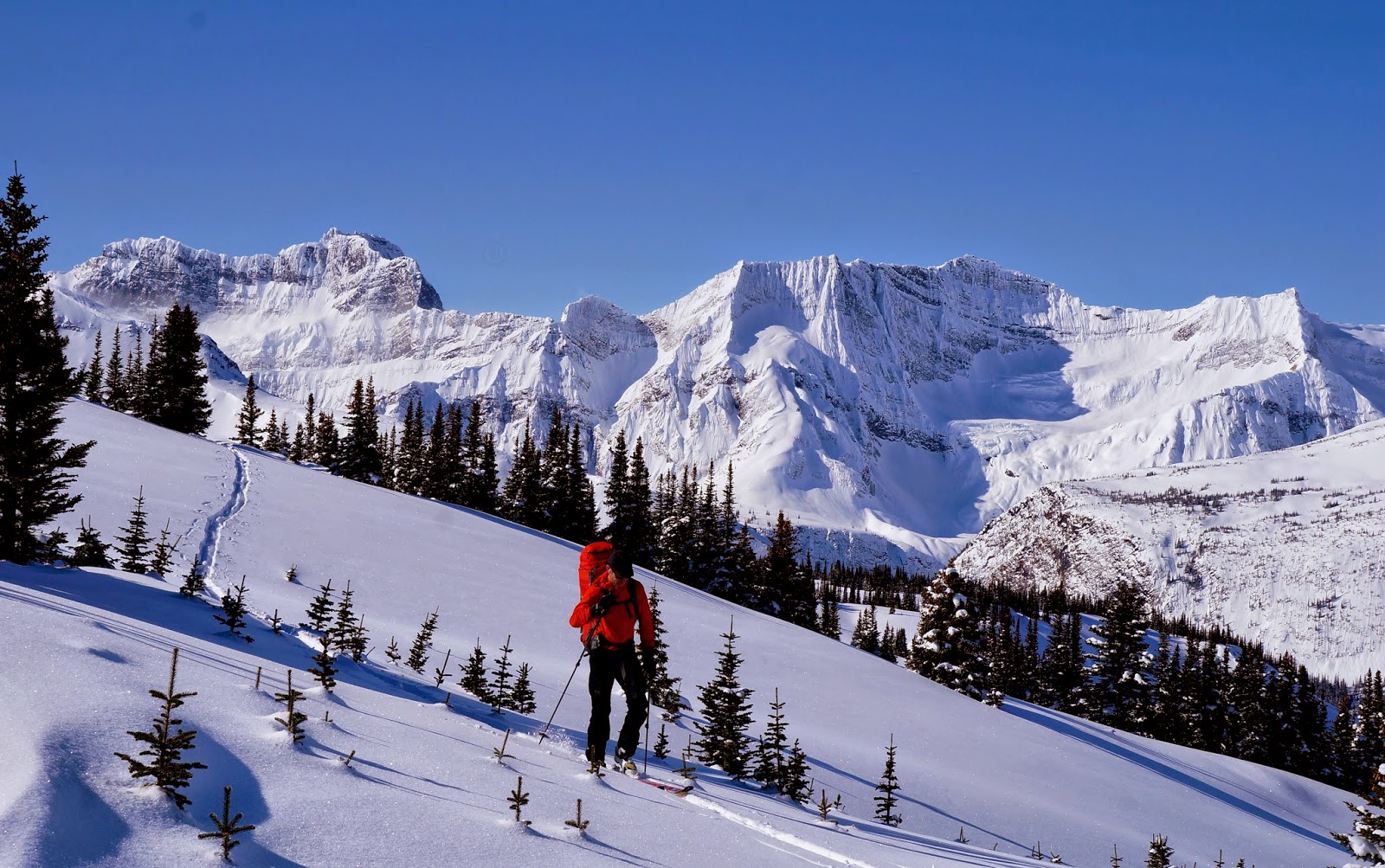 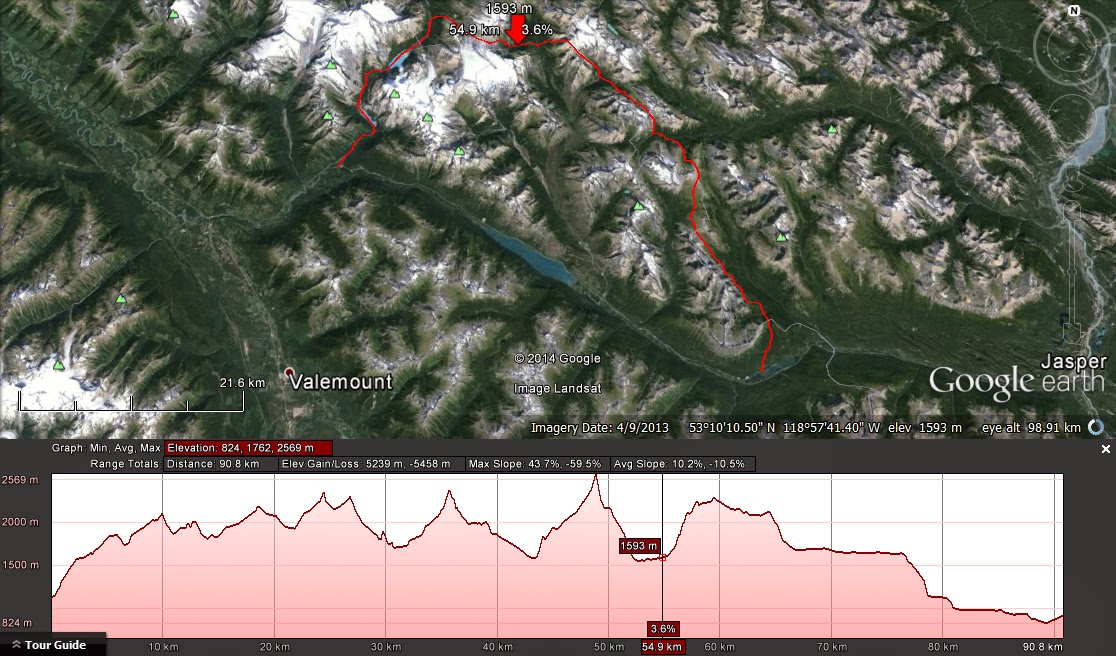 The plan was to head in with 5 days worth of food and see where we ended up.  With an unsettled snow pack we knew the original route plan would be to aggressive for the current conditions so it was a question of making it through safely, staying high, having great views and good skiing. 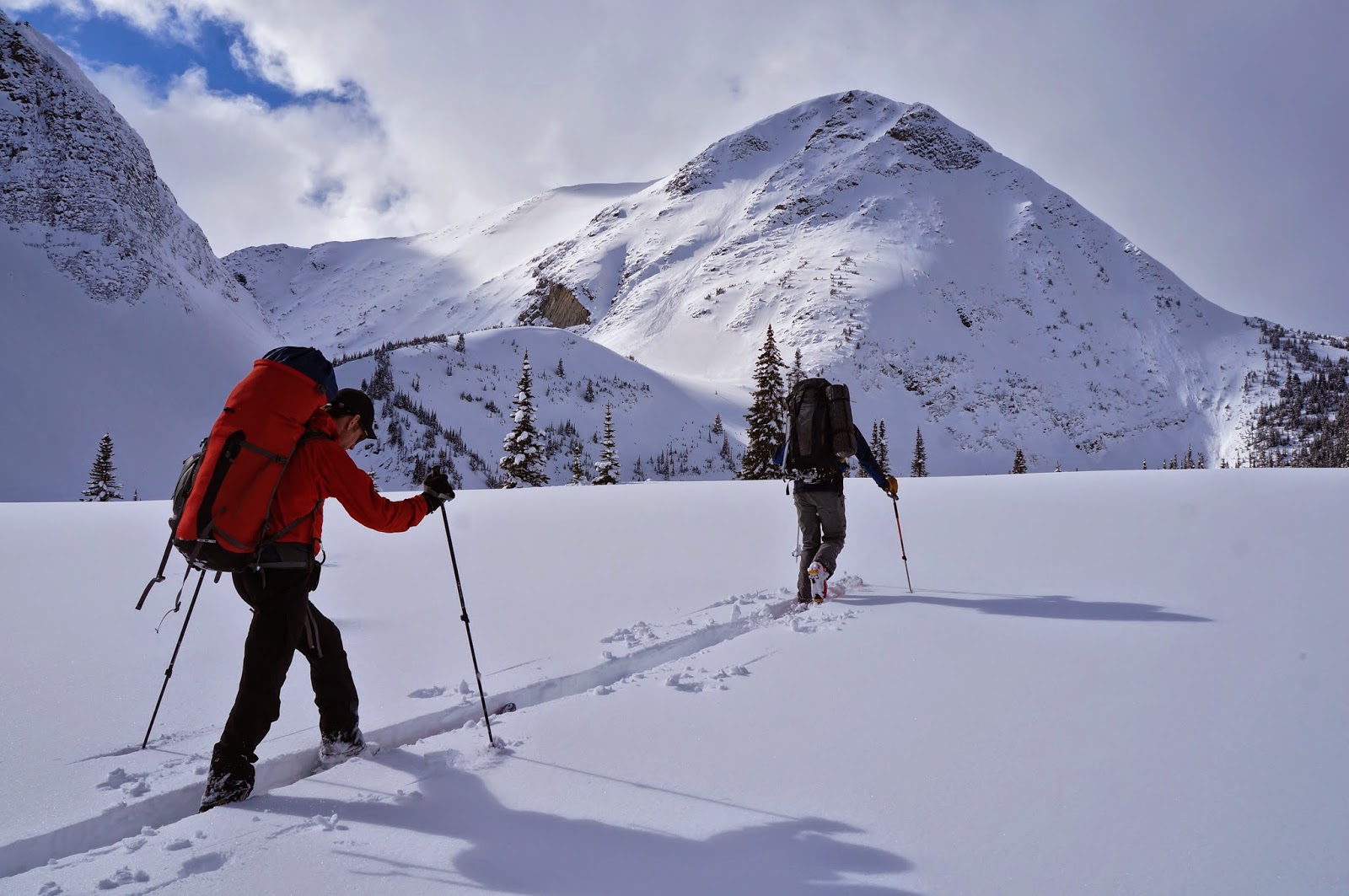 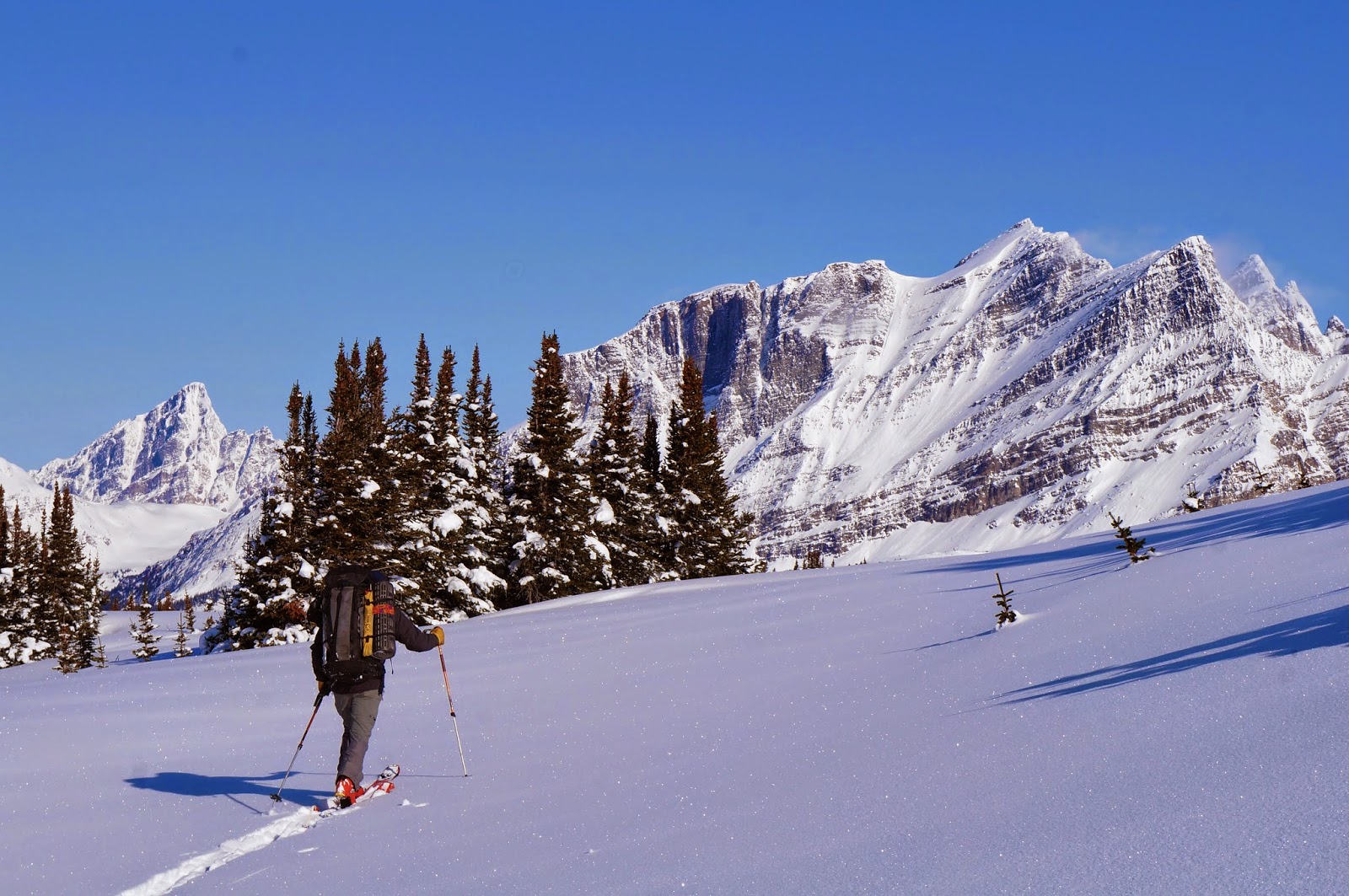 Right away we were in Dana and Sean's play ground and you could see there old tracks shooting across the landscape.  Its a good snow belt north of Yellowhead mountain, makes for some great accessible skiing and would be an ideal spot for a hut. 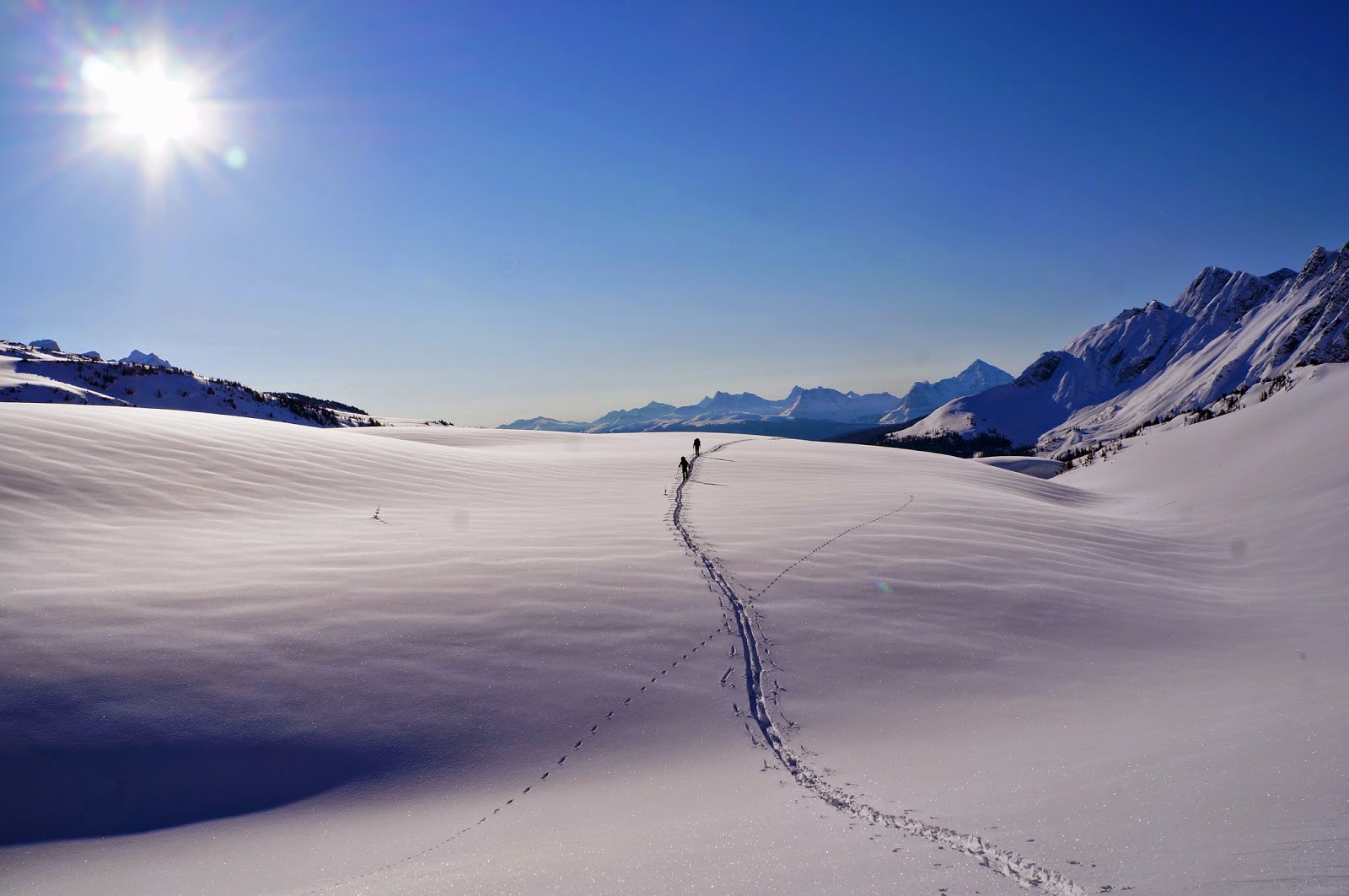 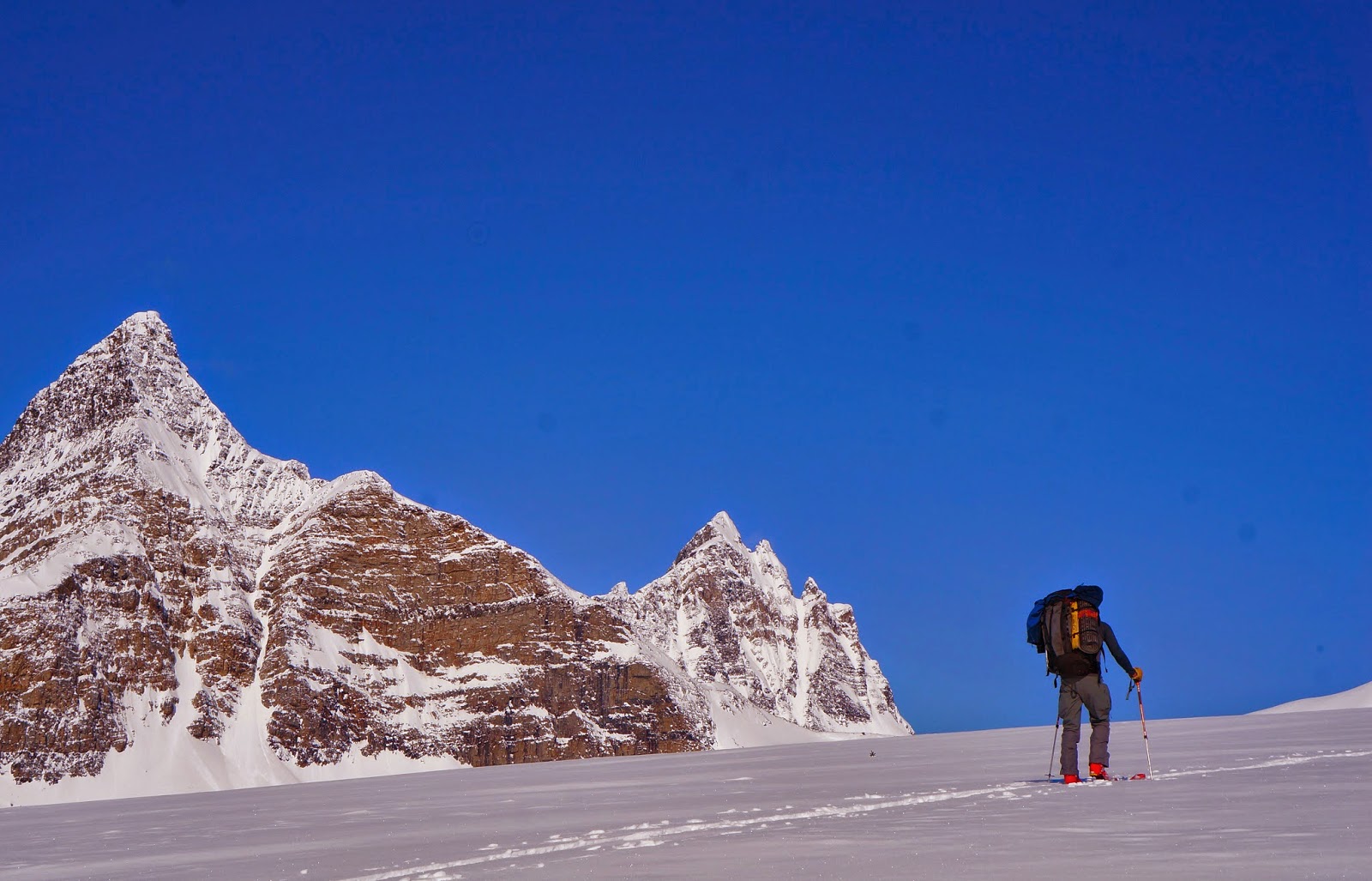 After some fun laps off the ridges heading north we started to head into the goods and out of the range of day tours.
Searching for camps in the BC side we found old horse outfitters camps, Sean's interest in the history of these old camps started to rub off on us and before long we were all looking for old blazes and food cash's.
Although I found it very interesting what caught my attention the most was some of the beautiful timber almost artistically placed in a battle against the forces of the avalanches.  Perfectly pruned like a kings court. 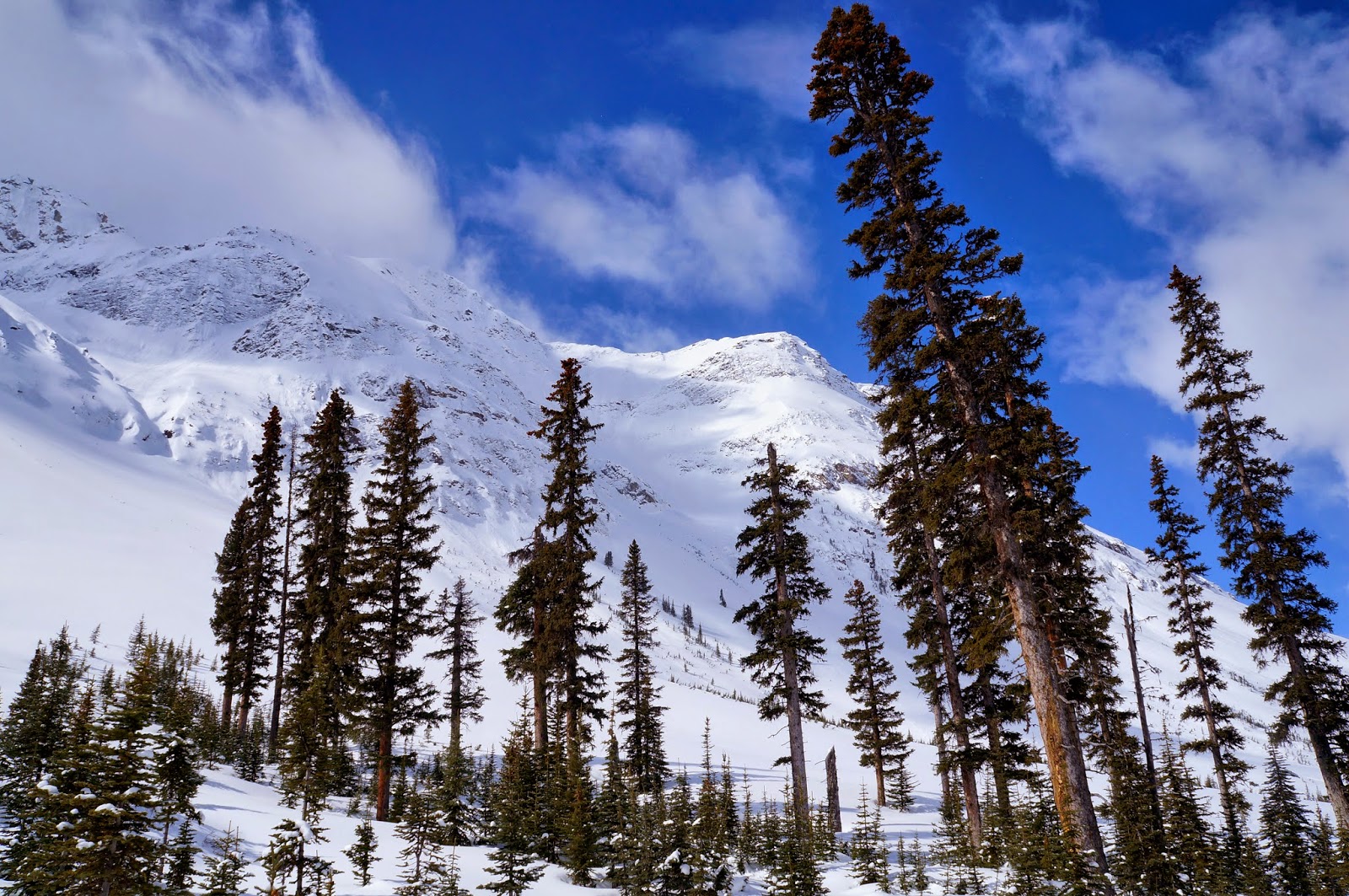 Pass after pass we kept forging forward to the crux of the trip Pluto pass.  Its a high pass up upright creek following a one sided canyon (hence the name?) and then a massive ramp. 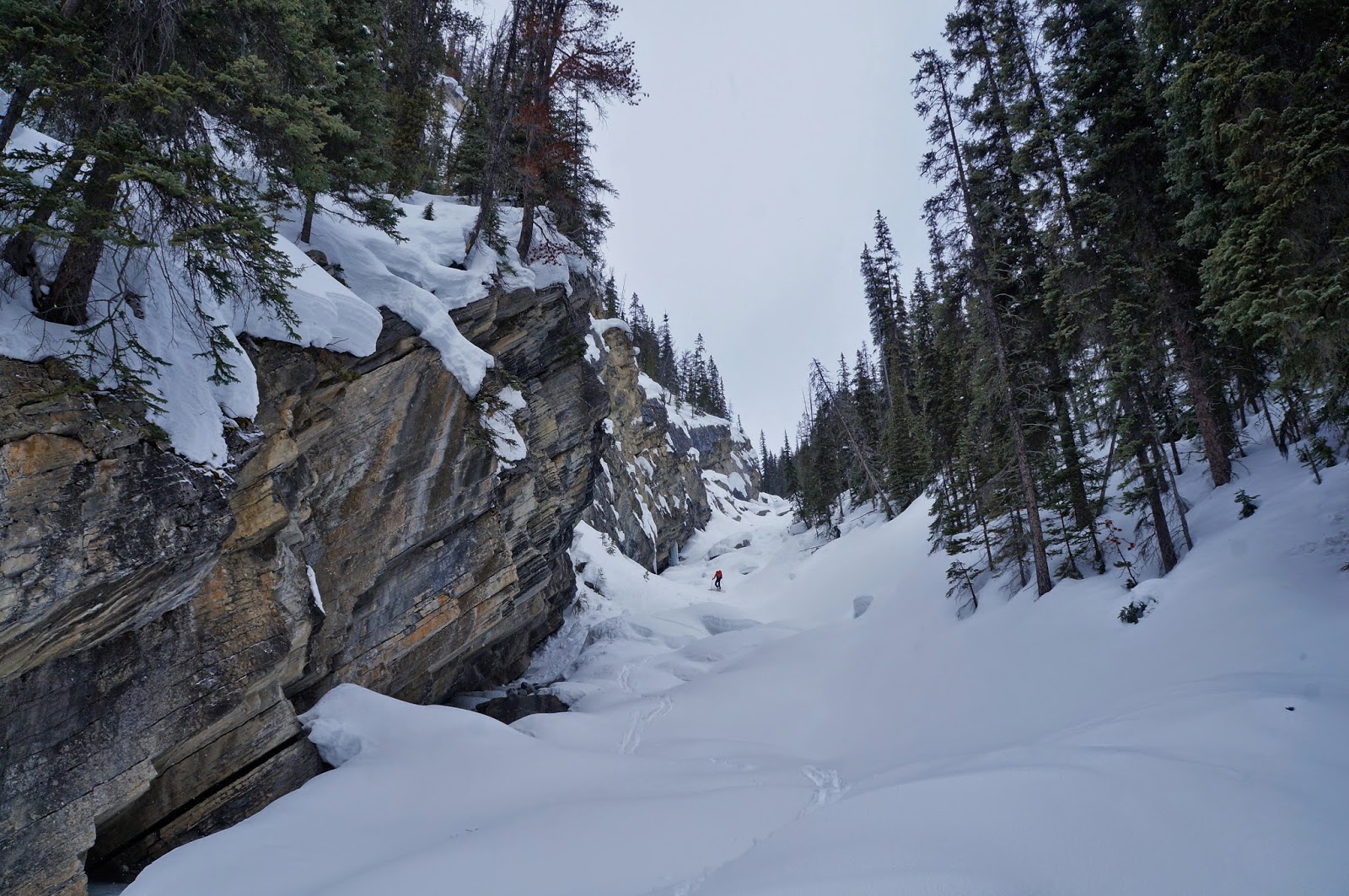 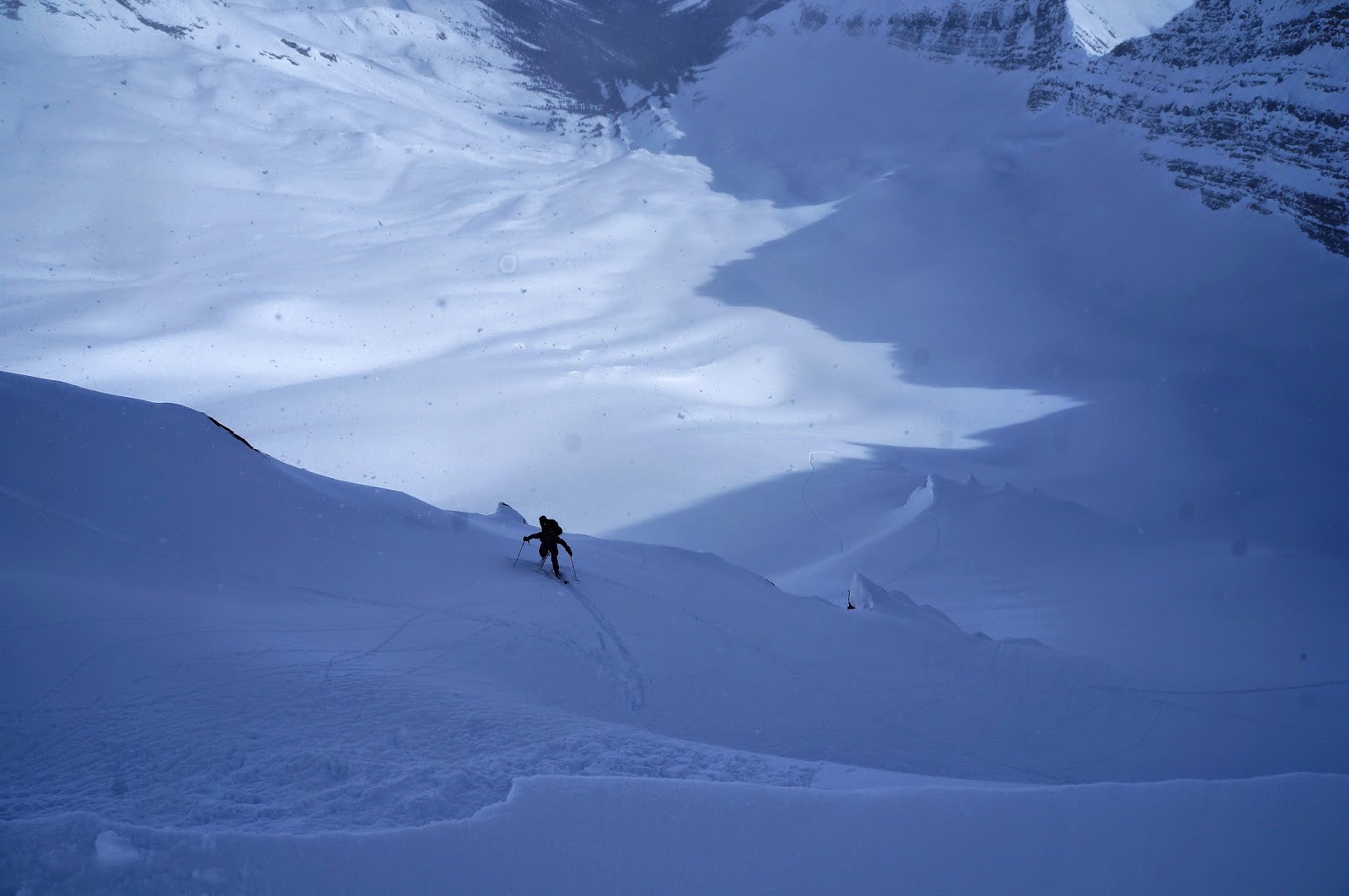 Topo's and Google Earth never gave any clear indications on whether or not the north side would go so the suspense built as we climbed. 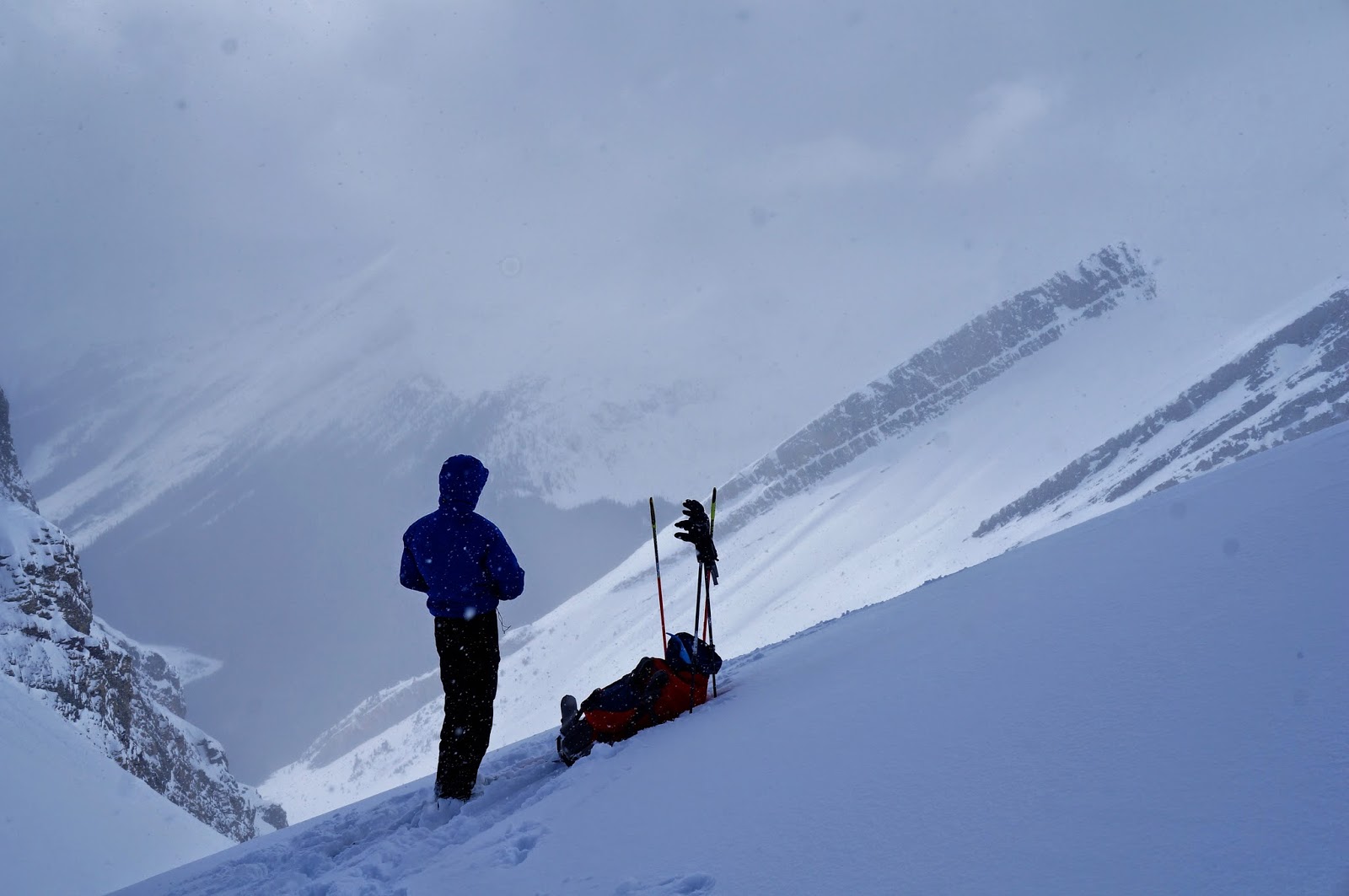 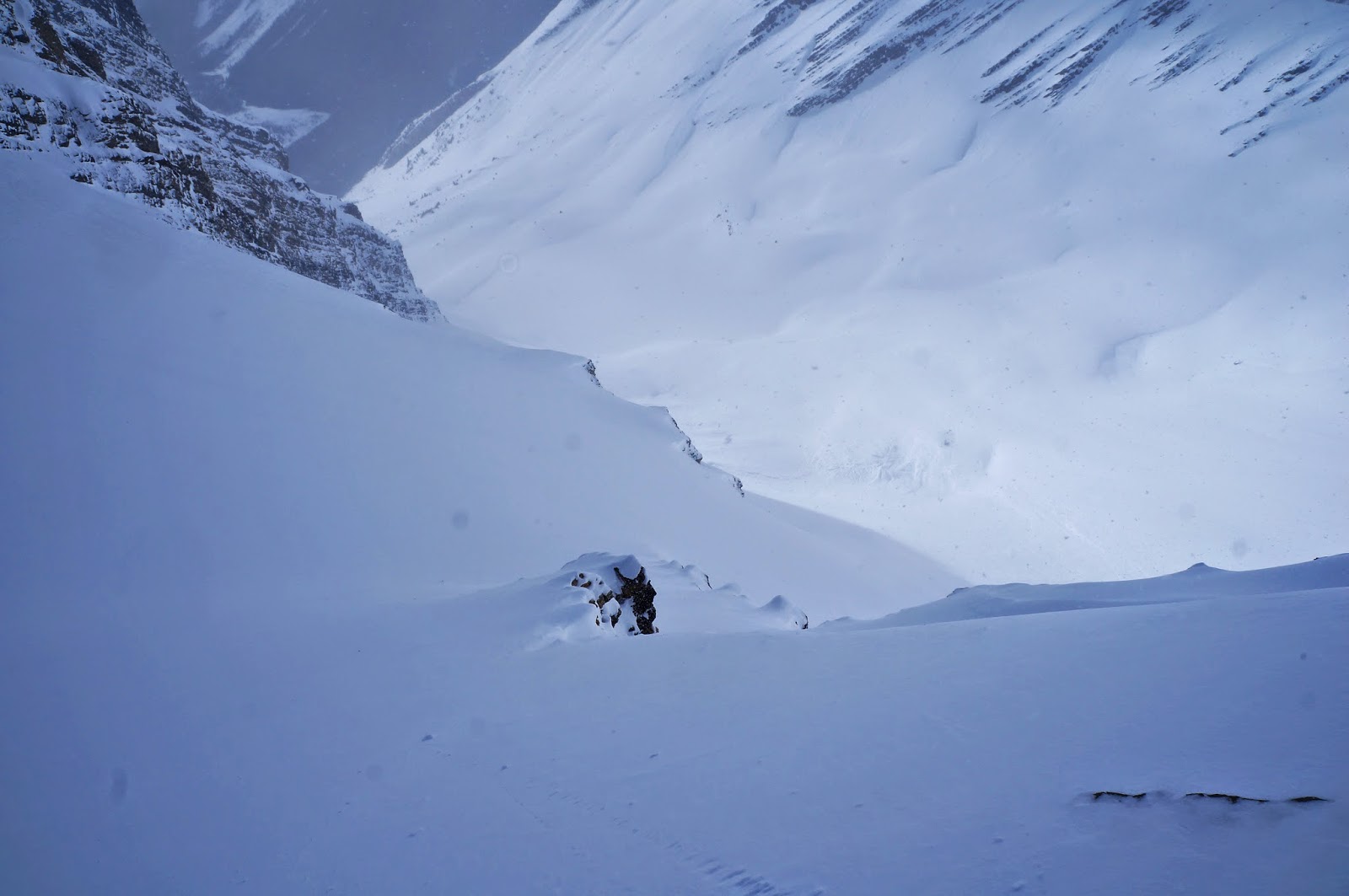 Lucky enough a beautiful protected north facing shot allowed us to sneak through the cliffs and down towards step creek. 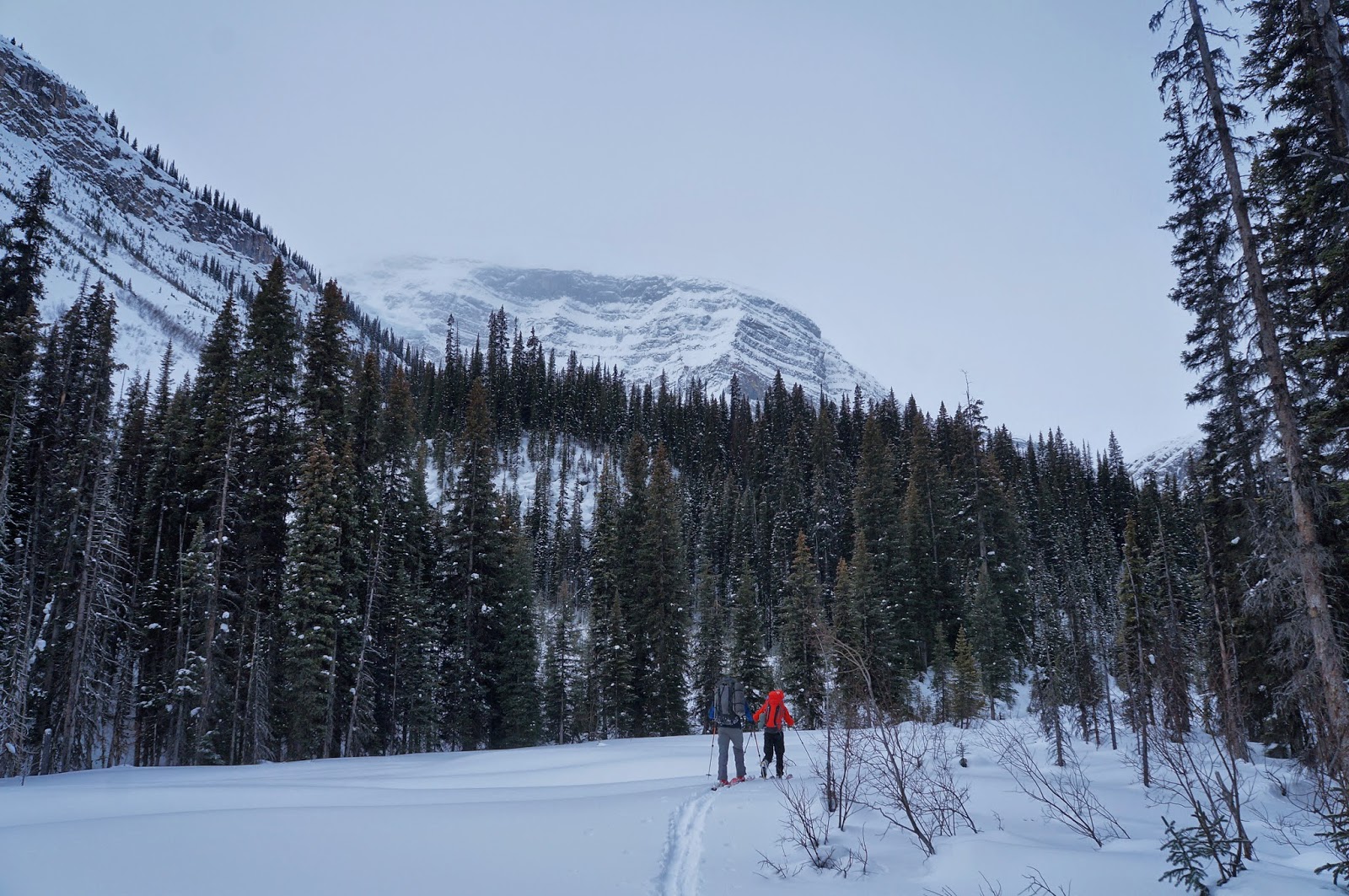 From here we made our way up onto the pass below step glacier and found a massive ledge that brought us about 600m above Adolphus Cabin where we found a powder caulked shoot that brought us right down to valley bottom. 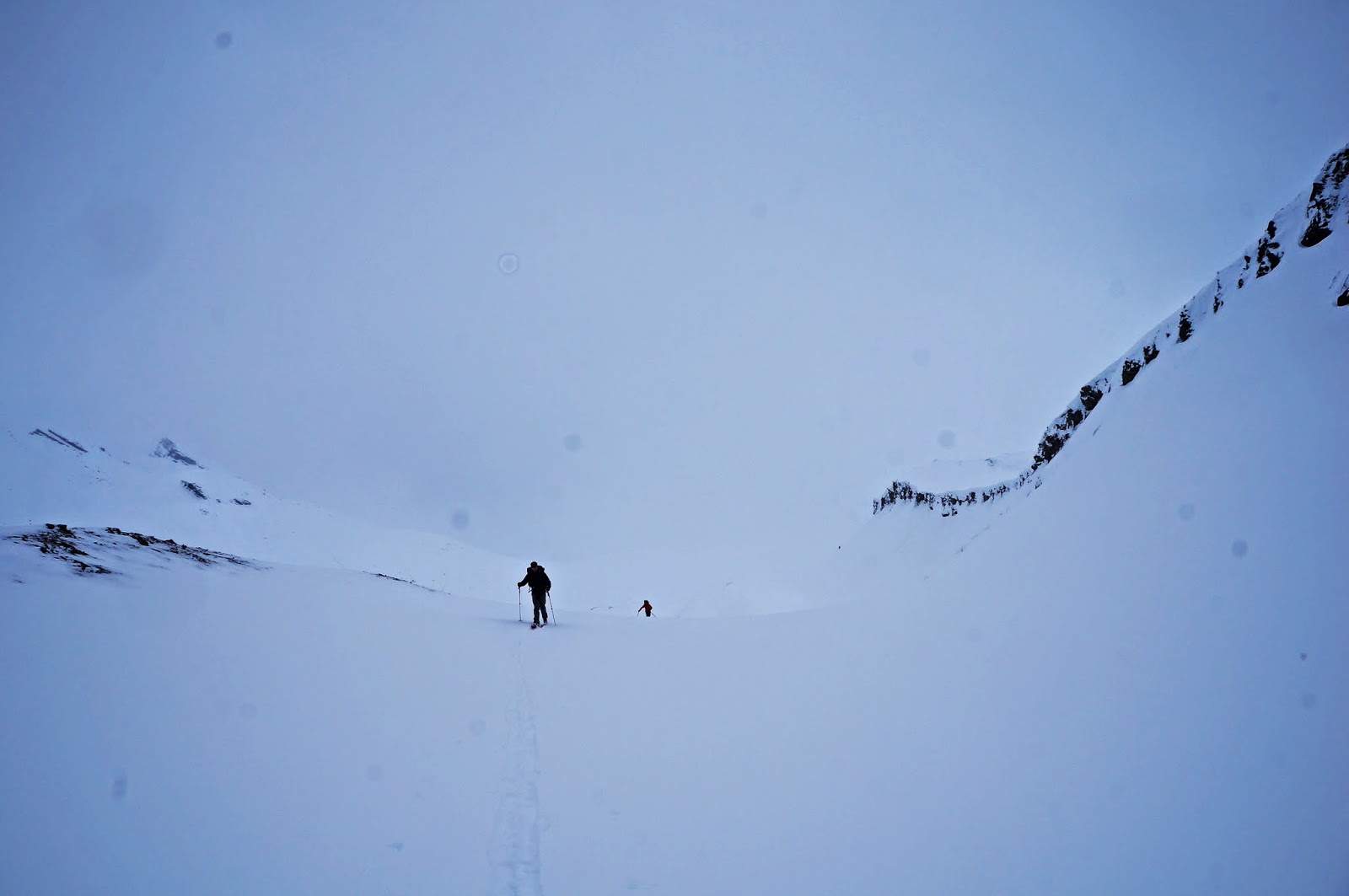 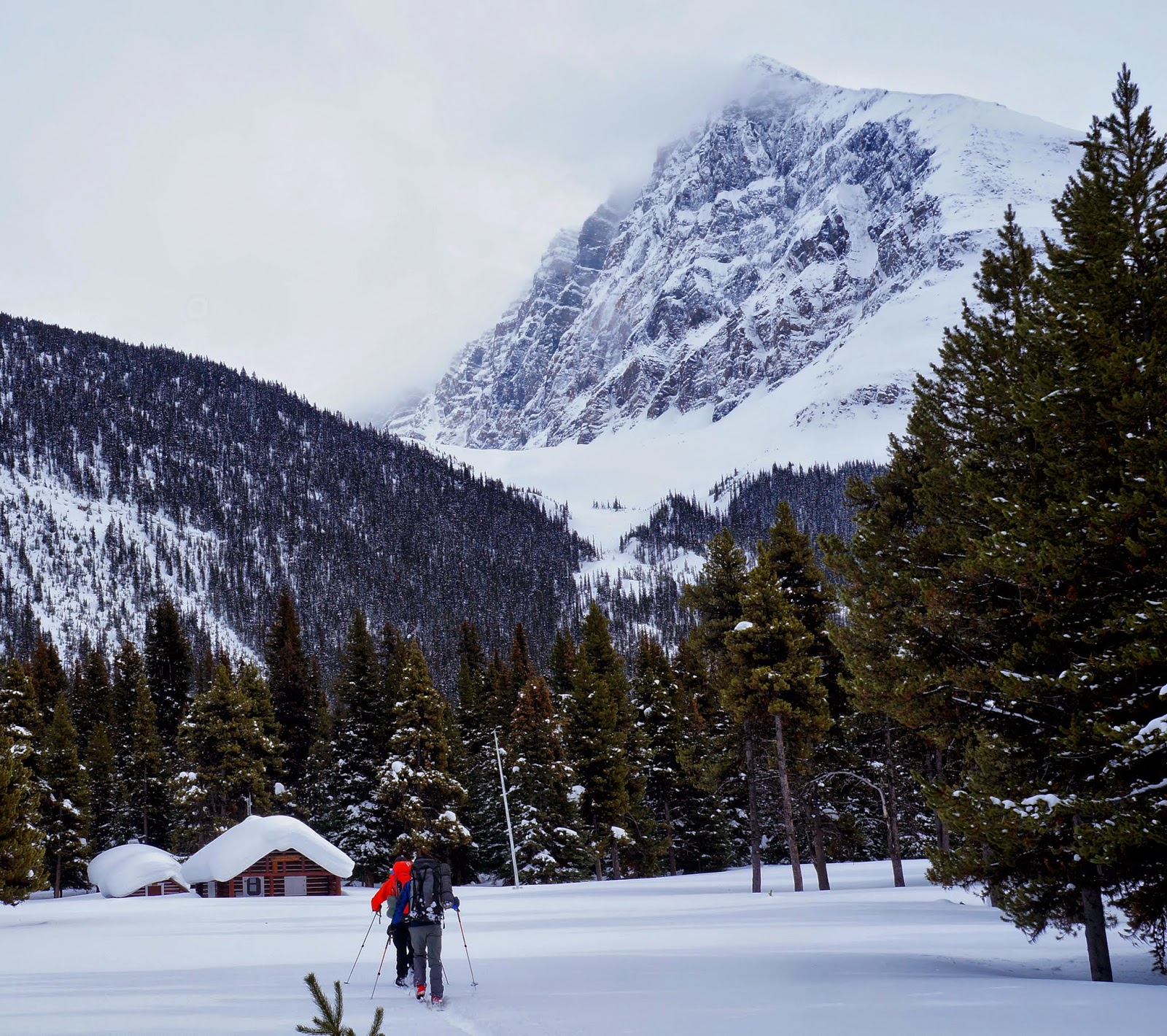 Taking a break at Adolphus we had our sights set on spending some time at the soon to be taken down Hargreaves Cabin.  For allot of people it has a special place in there hearts and it was nice to pay tribute and say hi to the lonely pack rat that lives in the beams.
Now was the cruisy and always neck kinking/jaw dropping tour around Robson back to the highway. 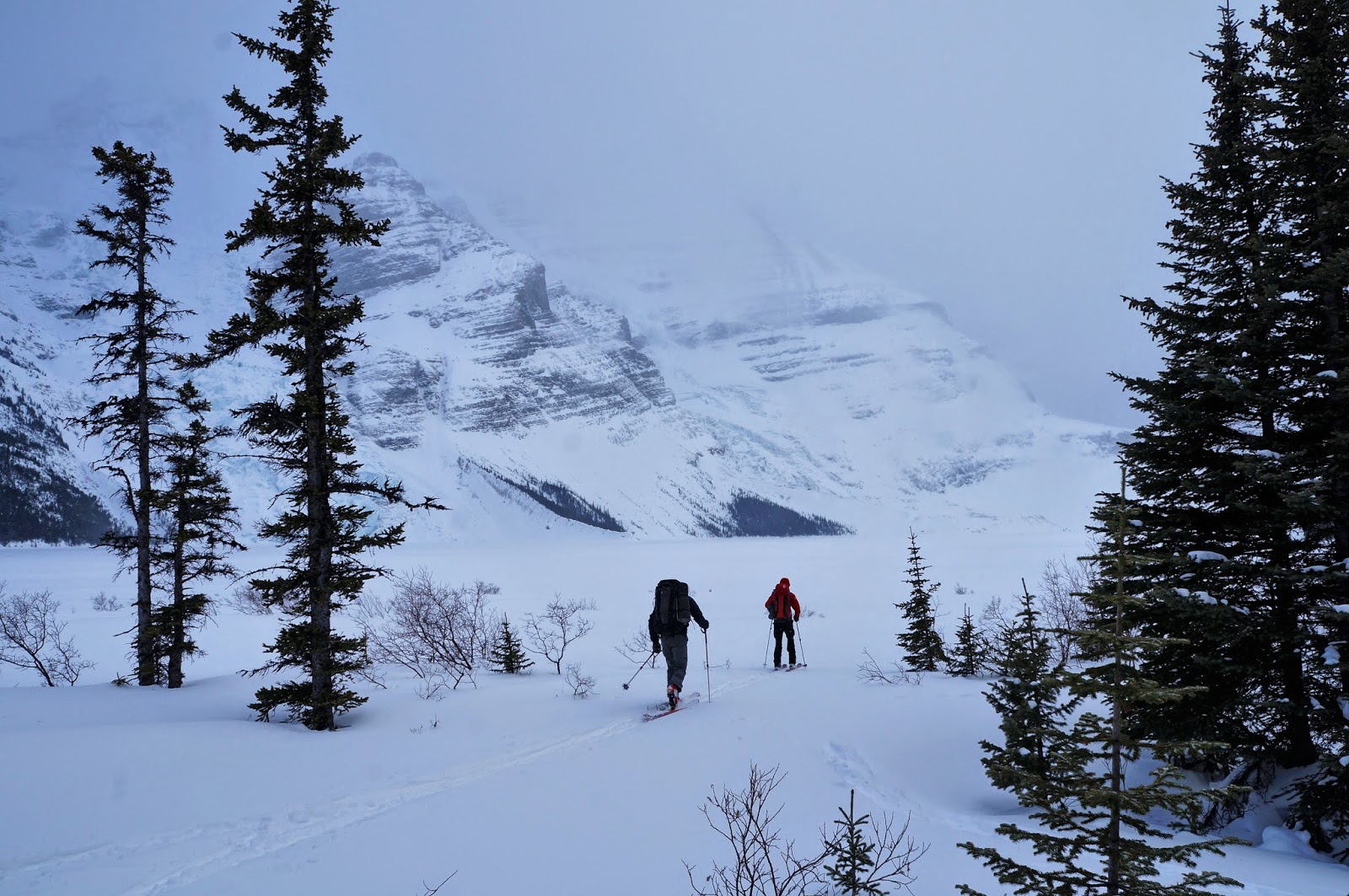 Smelly, dirty, but elated we sat in the ditch hitching.  It was what we were craving to feel like wild animals.  The only problem is its hard to get accepted back into society.   Vehicle after vehicle we were turned down until luckily our friend Shawn Van Asten coming form the other direction spotted the poor souls in the ditch and went out of his way even feeding us chips and muffins to bring us back to the start.  Were indebted,

Now is the recovery beer, shower, burgars, shower, beer, beer routine at least for the weekend...
Posted by Unknown at 5:02 PM